The DT1 fuel tank has the advantage of having both stationary and mobile functions as it has both Transport Canada UN and ULC-S601 certifications. It can be used as either a mobile transfer tank or stationary storage tank to feed fuel-burning equipment like generators, heaters, compressors, and more. 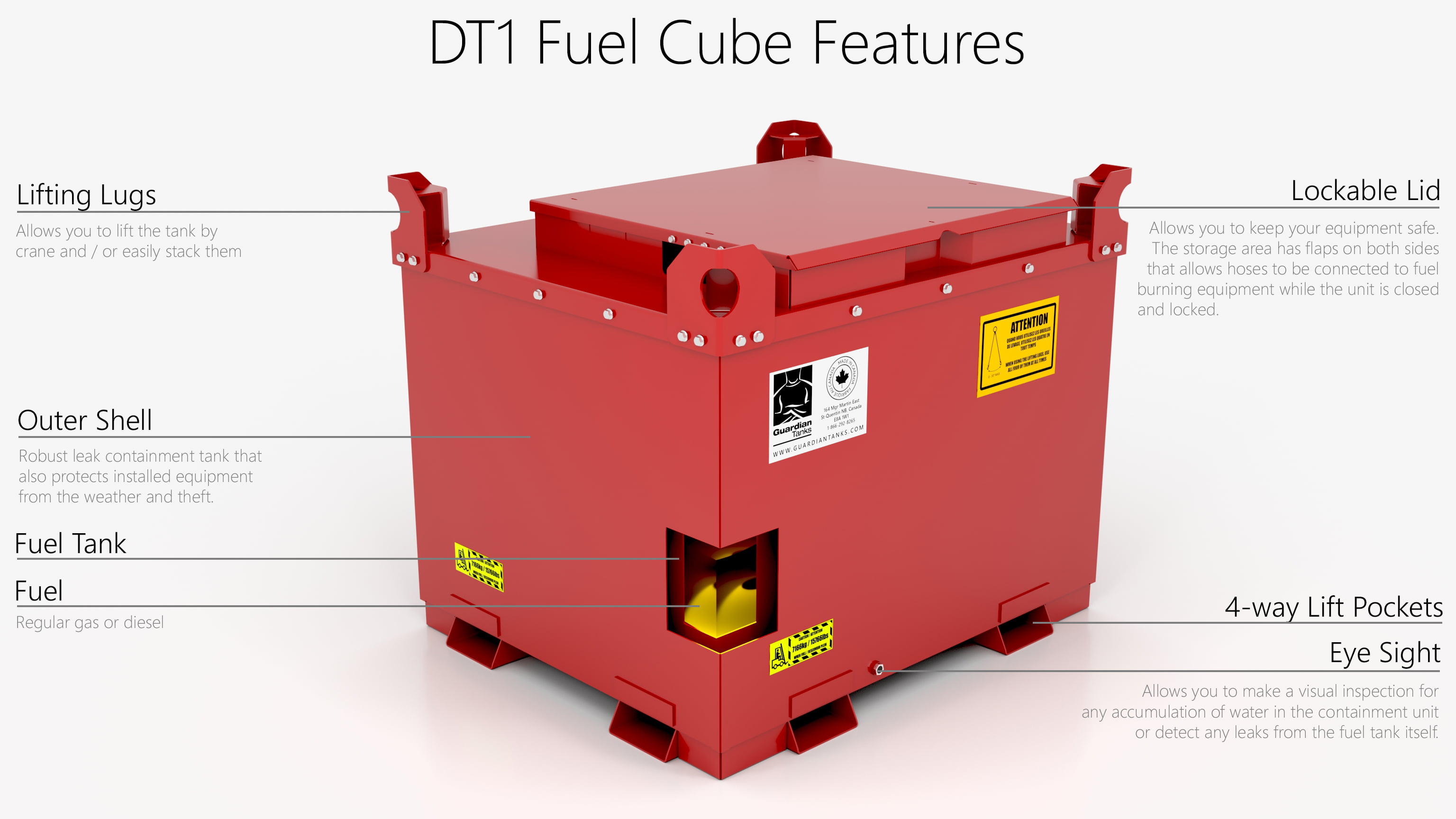 The following standard models are available:

The DT1 is a bunded tank for diesel or gasoline with a 12 Ga inner tank and outer shell.

Benefits of owning a DT1 fuel cube by Guardian tanks: 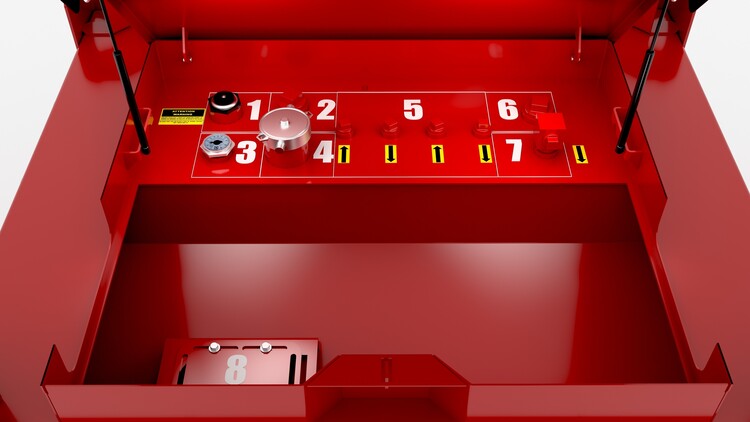 Every DT1 model has the same basic set-up with a storage area big enough for a pump and meter to be installed.

The smaller 500L model will fit inside a regular-size pickup truck but for the bigger 1000L and 2000L models, we offer the DT1 trailer as an option to transport them.

The example below is showing the trailer used to carry a 2000L DT1 fuel tank. 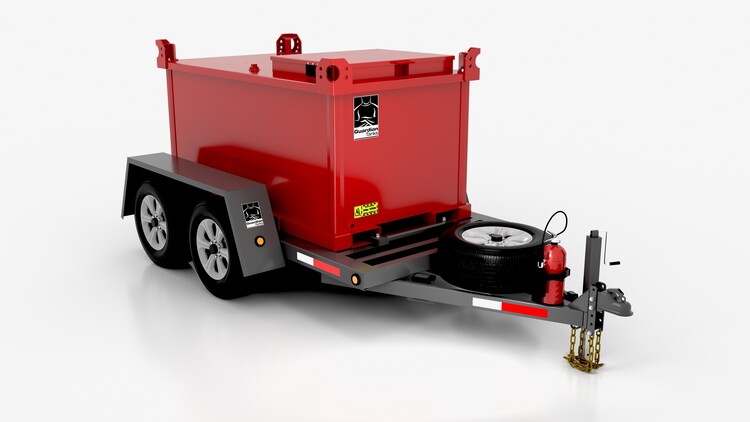 Guardian Tanks generator trailers are designed and built with work and safety in mind. Its heavy-duty construction is ideal for new installations o...

Perfect for contractors and entrepreneurs that require a total mobile fueling solution combining a heavy-duty trailer. Most trailers are custom des...

These Horizontal Tanks are the most common and most popular types of aboveground Storage Tanks. They are available in single wall, single wall doub...

The DT1 fuel tank has the advantage of having both stationary and mobile functions as it has both Transport Canada UN and ULC-S601 certifications. ...

Generator sub-base tanks are typically built custom on a case-by-case basis. Whether it is for mobile applications, stationary or as a structural b...

What our Customers are saying...

We are very happy to have formed excellent partnerships with many of our clients. Here’s what they’re saying about us.

“These were the biggest packages we’ve yet put together, and I’d just like to extend my thanks for AGB’s part in making it a success. I look forward to the next opportunity to work with you! ”

“I am very impressed at the design of this tank/trailer assembly. AGB has outdone itself on this project. The client is extremely happy with it, as are we. AGB; you have done a great job here, thank you.”

“We needed our tank with a shorter build time then AGB normally completes the build. AGB built the tank in a much shorter time frame and the delivery was 2 days earlier. The next time we need a tank built it will only be built by AGB!!!”